One of the tenets of the personal finance community is to never take on debt, especially bad debt. What I mean by this is that consumers are not supposed to take on any kind of debt that is not a mortgage, and the mortgage is supposed to be as small as possible.

At face value this seems to make sense. After all, who wants to pay interest? And while you can take a loan for everything from a Big Mac (credit card) to your own personal island (jumbo mortgage), is it really smart to pay interest on that?

But why the heck not?

Well today I’m going to challenge this tenet a bit and tell you, my dear reader, that I will be buying my next car with a loan. Gasp… what!!!… did this Charlotte Mom lose her mind? No my dear reader, I have not.

You see, a car loan is a tool, and if there is anything that Charlotte Moms love, it’s tools!! I love tools so much that I film myself using them and I pretend it’s for your viewing pleasure.

But seriously, like any good  tool, a car loan can be misused. It can get you into trouble. And it can hurt you, financially speaking. But you won’t let that happen, now, will you? You’re much too smart for this.

So with this in mind, let’s walk through some of the reasons why buying a car on credit might not be such a terrible idea.

Sometime around the mid to late 1990s, car companies finally figured out how to make cars reliable. Gone were the days of the Ford Pinto, and in were the days of the little Honda hatchbacks that lasted 200k+ miles. On top of this we somehow figured out how to make cars rust slower. In fact, there is a legendary Volvo built in the early ’90s that had to be killed off via marketing because it was virtually rust proof. Not so good for business.

And because cars simply lasted longer, this meant it was easier and cheaper to own one. So more and more people could afford to own a car. Great because our society depends on owning a car; bad because we get to sit in more traffic and pollute the planet.

At the same time, car rentals became a big business and auto makers decided it would be a great idea to push millions of cars into rental agencies. The trouble was that rental agencies turned over their fleets every few years, so a tidal wave of used cars entered the market around 2001-2003, just in time to flood used car lots during the 01-03 recession.

The dive in car prices was briefly held off with the Cash for Clunkers program, which was well-intentioned but in practice simply resulted in putting a floor under used car prices.

Not to worry, 8 short years later, car makers have found a way to flood the market again. This time under the guise of cheap ownership, millions of leased cars are flooding the market. This at the same time as electrification is putting a big question mark on the future of the internal combustion engine and therefore driving the used market prices toward zero.

Fact #2: You should be buying something reasonable. Do you really off-road on the weekends?

Nobody has any business buying a truck unless they are hauling something, and no your dog doesn’t count, that’s just cruel.

Nobody needs an SUV to drive alone to work. Seriously, why do you think that you need a car that’s bigger than a tiny house to sit comfortably through boredom?

Somewhere along the way we allowed marketing to associate our natural inclination to feel powerful when we are big with necessity. Instead of up-spending to have a safer SUV, spend a few hundred on defensive driving lessons. Bonus: This will decrease your insurance rates.

Lastly, buy something you can actually afford. This will get you there:

Now there is a range of options in between that will fit every single budget. Pick something that you can afford. How much is that? Well ask yourself: Self, if this car was hit while parked, could I afford to replace it? Self, if this car was keyed while sitting on the street would I freak out? Self, are you comfortable losing this much money?

If the answer to any of these questions is NO, then simply lower your price budget. Personally, I like the Financial Samurai’s budget: 10% of your take home income. Anything more than that and you start to run into trouble with your self while asking questions.

Fact #3: Save your Emergency Fund.

Emergency Funds are for EMERGENCIES. Buying a car does not equal an emergency. What’s that? You’ve been keeping a spare account with monthly savings for a car? Really?!? Well, why would you do such a dumb thing?

See, for the last 10+ years while you were driving your old jalopy, your extra account could have been invested and making a heck of a lot more money! And if you’re like me and have had your car for 15+ years, then you’re really shooting yourself in the foot.

See what you’ve been doing is keeping an EXTRA emergency fund. And since you, my dear reader, are already diligently holding 6-12 months in a bank (you are, right?), any extra money should be invested, minting more dollars for you!

Now if you’re following this advice, then there is only way way to purchase a car.

Fact #4: Loan rates are still cheap, and car loans are just a type of tool

A wonderful aspect of our current Goldilocks economy (I swear I didn’t make this term up) is that nominal inflation is low. And because of this, the Federal Reserve and a whole host of other banks around the world have kept their own internal interest rates low. Which means we as consumers benefit from low loan rates.

What does this mean? It means that right now, I can get a 3-year car loan at 2.29% percent per year.

Now here I’m going to warn you, my dear reader, to never walk into a dealership looking for a low loan rate. You see, the difference between the loan you sign and the one actually given to the dealership by the bank is called the spread. And guess who pockets the spread as profit? Not you.

So get yourself pre-approved before car shopping. And if you were to get such a low rate, let’s see what you would pay in interest over the course of the loan.

Plugging these numbers into Google’s trusty car loan calculator I get:

If you think it is, read the next Fact.

Fact #5: Inflation Exists and IS a real thing

But wait, the low interest rate isn’t even the best part. While paying off the car loan, each year you will pay it off with depreciated money. What does this mean? Because of inflation, each year money is worth less. And while your salary is hopefully getting an inflation adjustment, the loan amount and payments are not.

Now the last 10 years have allegedly had minimal annual inflation as measured by our friends at the Fed. This means that this period makes an excellent choice for my example here. Since inflation was so “tame,” you my reader, will hopefully not object to the following napkin math.

That’s right, we paid less than we would have paid in cash in 2019. Now this is coarse math to be sure, and the real answer is probably a hair over $10,000 due to the incremental loan payment, but you see my dear reader, the case for NOT borrowing is rapidly being chipped away.

The stock market has historically gone up like this:

And this isn’t even a terrible cartoon. Every crash has led to an economic boom and we have marched forward. Don’t believe me? Just listen to Warren Buffet. Be an optimist because the optimists have won for the last 120(!!!) years!

Now there are naysayers. They point to historical comparisons and tell us that stocks will tragically have weak returns going forward… blah blah blah. And the weak returns are in the range of ONLY 4-5%.

First of all, no one  has any idea what the stock market will do. Second, 4-5%… per year?!? And that’s bad? Sure maybe on a historical basis, but it sure is better than the <1.5% inflation that we have been having annually. That 4-5% dwarfs the interest rate of 2.29%.

Fact #7: I Invest For the Long Run

This is a simple one. I’m invested and I keep investing for the long run. I ignore the noise and keep my scheduled investments on track. And you should too. This is how you, my dear reader, and I will survive and thrive into retirement.

And in the long term, on a retirement time horizon, the market has returned around 7% (annually) after inflation. So there is no reason to forgo 7% average returns for a 2.3% loss.

So in conclusion, as long as you keep the overall cost of the car low (and you should be able to do that because of Fact #1), you buy something reasonable (Fact #2), you remember to get a low interest rate (Fact #3), and you are regularly saving large chunks of your income (Facts #6 and 7), then the I see no problem with taking a loan to buy a car. 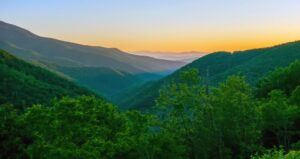