How to Potty Train Kids at Night

What works for one may not be successful for another. That is why you need an arsenal of tools and tricks to get your child interested and keep him or her with the program until you have achieved that goal of independence. 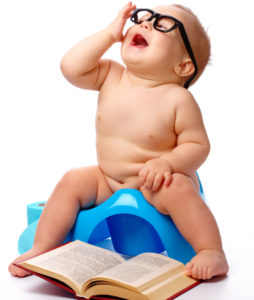 Remember that, ultimately, no one can control when and where a child urinates or has a bowel movement except the child. Try to avoid a power struggle. Children at the toilet training age are becoming aware of their individuality. They look for ways to test their limits. Toilet training is a truly straight forward process with many steps that your child can master in just a few days or a few long months. If you wait until he or she is ready to begin, it will most likely go a lot smoother for both of you.

Are you in the midst of Potty Purgatory with your children now? Maybe you are at the beginning stages of toilet training and have given no thought yet to how or when you will tackle the task of helping your children stay dry at night?

The author of this lifesaving book gives her readers an option to begin nighttime potty training simultaneously with daytime training. I was a little deranged and a bit overconfident to take on this task full steam ahead as I did. 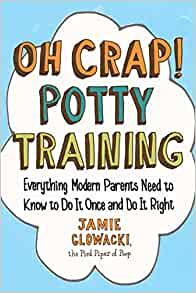 There was also a large element of fear stemming from Glowacki’s statement that nighttime potty training must commence no later than age three-and-a-half to avoid the atrophy of their little bladder muscles and subsequent and indefinite bedwetting. Imagining being in the adult incontinence aisle of the drug store with my teenaged kids sent shudders coursing through my body, sealing the deal.

If you are at this stage with your kid, may I make a suggestion?  Prepare yourself for the prospect of perpetual fatigue.  Glowacki suggests kicking off nighttime training by waking your children up twice in the night: once before you turn in for the night and another in the middle of the night.

While you are getting your children accustomed to waking up to go to the potty, you should pay attention to your kid’s tinkle schedule.  Are they dry when you get them up for the second time but wet when they wake in the morning?  You’d want to bump up the second tinkle time until you can identify when they typically wet.

This strategy worked beautifully for my son.  I quickly tuned in to his schedule and pretty soon, we were nailing it regularly.  But oh boy, would that child bite my head off when I woke him up!

My daughter was a different story.  Every time I thought I had her schedule figured out, she’d change it around on me.

For two long months, I was sleeping in the guestroom with my alarm screaming me awake at the most unholy hours.  I was constantly having to alter my own sleep schedule in order to pin down when the floodgates would open.  After the world had to put up with the persistently snappy, outrageously haggard Me, I finally arrived at the conclusion that this schedule was unsustainable.  I had to come up with a new plan.

Glowacki briefly referenced bedwetting alarms in her book as possible options for deep sleepers.  Desperate to get my life back, I researched these products exhaustively.  They all work basically the same: special sensors detect moisture, rousing the Offending Tinkler by either politely beeping, screeching, and/or vibrating. 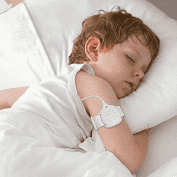 The problem that I kept encountering, however, is that I knew my children would protest wearing wristbands, armbands, or wires of any kind.  Other alarms were chunky and clunky; I personally couldn’t imagine having to sleep with a brick in my britches.  (I exaggerate, but you get the point.)

During this time, I informally quizzed friends, acquaintances, and strangers about their own night training experiences.  I ventured onto the local Mothers of the Multiples message board to investigate, eventually posting my own query.

The responses I received through these “interviews” varied more than I ever dreamed possible.

Some women were critical of my approach, one of whom pointedly informing me that pediatricians only consider bedwetting a problem for children over the age of seven.  I actually was already aware of that fact, but it had no bearing whatsoever on my own decision making.   How many of you have 7-year-olds?  Or have ever been 7?  Do you think that you would be OK with wetting the bed at that age?  I dare say not.  I have known children who struggled with bedwetting well into elementary school and have heard from their moms or dads how badly it affected their self-esteem and willingness to go to sleepovers or other overnights.

This is a path I did not want to journey down for any longer than necessary.

There were other gals who had my back, one who had gone down the bedwetting alarm path but none who ventured there with a 3 1/2year old.

So, I opted to ignore the naysayers, be encouraged by the supportive women, and ultimately, blaze this trail myself.

After stumbling onto the BedwettingStore.com, I decided to give the DRI Eclipse wireless alarm a whirl.  It was the only wireless alarm I could locate that had sensors small enough to pass muster with me.  After giving this company an arm and a leg ($182 USD per alarm, to be exact), I committed to buying 2 of them.  Basically, an extra car payment.  My husband reluctantly agreed to this purchase, probably to exorcise my demons and get his wife back.

Oooh boy, I built this thing up big time to my kids.  I decided to give these alarms a persona, mainly so they wouldn’t scare the hell out of our kiddos when they blew up at night.  In my typical non-crafty style, I unceremoniously taped clip art of a random teddy bear proclaiming its love for each child on each alarm.

Much to my amazement and joy, the kids gobbled this stuff up!

And so began a new chapter in our lives.  Teddy Bear Beep-Beep’s darling little image appeared on each tot’s alarm, which never once elicited the startled shrieks I had anticipated when they erupted.  The Bear dutifully wrote the children letters of encouragement along the way and gave them certificates to acknowledge their achievements.

The Verdict on Teddy Bear Beep-Beep?

My son, a light sleeper, responded beautifully to the alarm.  He was having regular dry nights after a couple of months with Teddy Bear Beep-Beep.

My heavy-sleeping daughter, despite her adoration of Teddy Bear Beep-Beep, stopped waking up after a time.  (This will forever be a mystery to me.  You can hear the alarm in ANY part of the house, even behind closed doors.)  We bumped up the volume to the max and kept trying.

However, our best results came from taking “Beep-Beep breaks”, reintroducing it after a week or longer coupled with waking Caroline up to go to the bathroom once around 11 pm or midnight.  In the end, she was consistently dry after 10 months of beginning the process.  Now, we are Beep-Beep-free and our daughter wakes up on her own if she has to go.

I have no way of knowing how much the alarm shortened my kids’ learning curve, but I know for certain that it was solely responsible for my son’s success.  Despite the length of time that my daughter had to use the alarm, I believe that trying different approaches with it paid off in the end.  Would I cough up another $300 if I had to do it all over again? Heck yeah.

The secret to success when potty training a 3-year-old is in being well-prepared and well-equipped in advance. That said, like many parents, I feel that this often entails my house looking like a department store and a simple trip to the mall feeling like I am moving an army and not just one happy little toddler! When I started potty training at 3 years old, I made the decision to exist with as few items as possible for the purposes of simplicity and secure in the knowledge that within a reasonably short period of time all the items would be redundant.

They are the core 10 items that are used every day and every week. Most importantly, they make potty training 3 years old manageable and a little less stressful.

Trust, Communication and Boundaries for Tweens