A lot of people circumcise without really thinking about why. It’s just something you do because that’s how it’s always been done. Others really feel the benefits outweigh the drawbacks but I feel differently, and chose to keep my son intact. Right or wrong, routine circumcision is something that still happens every day in the US for purely cultural reasons. I tend not to butt heads with my friends who circumcised their boys because what is done is done. But I have to speak up when what’s going to be done hasn’t been yet and it’s going to happen against both the mother’s wishes and more importantly the boy who is scheduled to go under the knife. 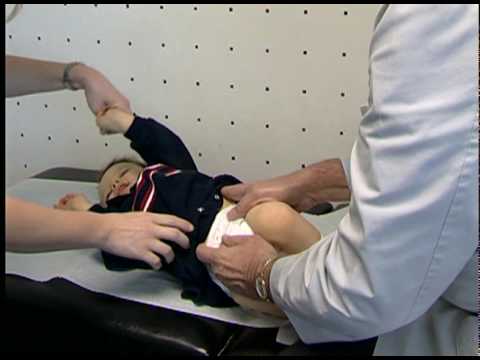 Meet Chase Hironimus, a happy four-year-old who has been in the center of a pretty public court case involving…his penis.

Long story short, when his parents split and Chase was still a baby their parenting contract said that his dad, Dennis Nebus, would schedule and pay for Chase’s circumcision. Keep in mind that was when Chase was just one. YEARS later, Nebus decided it was time and set about getting four-year-old Chase circumcised. His mom, Heather Hironimus, started looking into circumcision and decided that she didn’t feel the benefits would outweigh the drawbacks. Nebus wanted to move forward so Hironimus, with the help of a lot of people who believe in keeping the healthy penis intact, tried to stop the surgery with the help of the court system.

Things to consider: One, Chase is FOUR. He’s going to remember the surgery. Two, Chase has had not one, but two pediatricians testify that he does not have a medical condition that would make circumcision necessary (including the pediatric surgeon who will perform the procedure). And three, this is body modification against the wishes of one parent we’re talking about here.

I get that they had a parenting contract that included circumcision but let’s be realistic. When it comes to surgery – and cosmetic surgery on a child – shouldn’t it be treated as more than just a line item in a contract on par with who gets Chase for Thanksgiving? This is about bodily integrity, not to mention the rights of a parent to cosmetically alter a child’s penis against the other parent’s wishes. I actually find it kind of terrifying to think that there are pediatric surgeons out there like Dr. Subhash Puranik who would knowingly perform an entirely optional surgical procedure on a child against one parent’s wishes.

Here’s what it comes down to for me. Chase is a person. Barring necessary medical procedures, it’s up to him what he’ll do with his penis now and in the future. His mom objects to the procedure but the court system is treating his penis like a contract line item instead of like an important and not to mention healthy body part that he has lived with in its current state for FOUR YEARS. A mentioned, Dr. Subhash Puranik himself has said that Chase doesn’t actually NEED to be circumcised. Even if you’re pro-circumcision, the idea that one parent’s wishes can override another when a non-essential surgery on a child is involved has to strike you as a little weird, no? 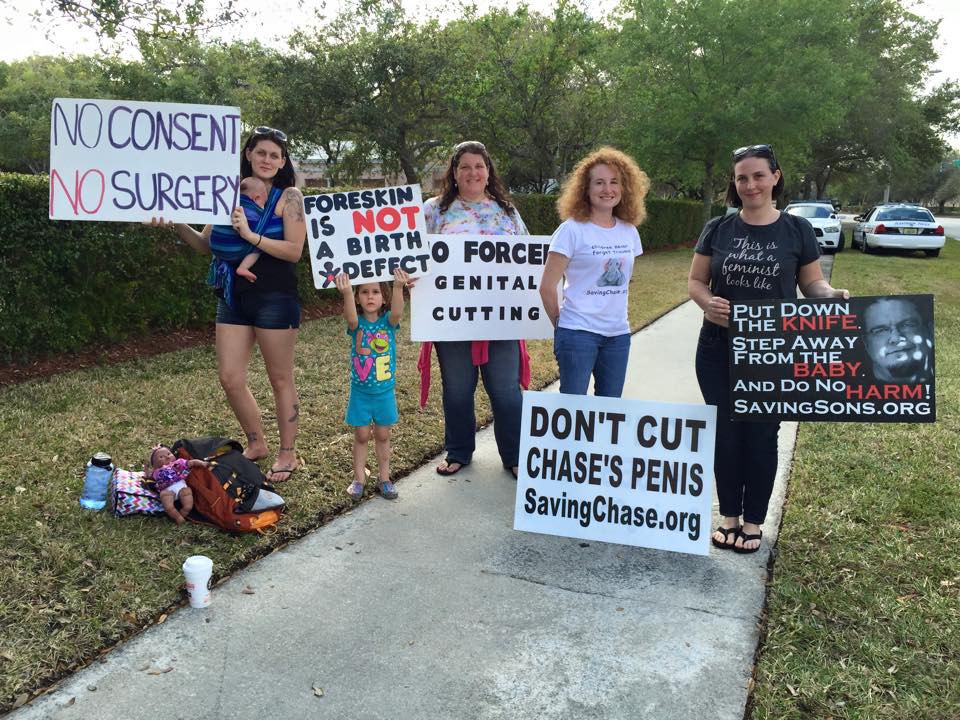 The controversial circumcision of four-and-a-half-year-old Chase Hironimus at the center of national debate has been scheduled for Tuesday, February 24. Protesters have begun a campaign targeting Dr. Subhash Puranik – the would-be surgeon – and are due to demonstrate outside of his Plantation, FL office. Dr. Puranik previously examined the boy and agreed he didn’t need a circumcision. The case has been covered by hundreds of media outlets and was featured on a recent segment of The Doctors TV show.

“I am protesting because I believe that Chase, as well as all boys, should have the right to make this decision for themselves,” says Jenn Cote of Pembroke Pines, FL. Cote is co-director of South Florida Intactivists Unite and organizer of the protest. Her group has been organizing protests in support of Chase and his mother since May.

“Any doctor who can knowingly violate a child’s body by performing non-therapeutic surgery is a quack and deserves to lose his license,” says protestor Colleen Cochran of Stuart, FL. “Dr. Puranik has obviously lost sight of the most important tenet of medicine: First, do no harm.”

The father took the boy to pediatric urologist Dr. Charles Flack in Boynton Beach, FL, who after examining him said the boy was healthy and didn’t need a circumcision. Dr. Flack testified to the Florida court that he wouldn’t have his own son circumcised in a similar situation because of the risks of anesthesia.

“If he’s not having any problems, I wouldn’t want to bear that burden if, God forbid, something happened,” said Dr. Flack, according to court records. Dr. Flack was the target of a protest in January but told protest organizer Jonathan Friedman by phone that he would not perform the surgery even with a court order since the mother doesn’t consent.

Despite Flack’s expert testimony, Judge Jeffrey Gillen ruled in the father’s favor in May 2014, giving permission for the circumcision to be scheduled. The mother went through months of court proceedings to try and stop the circumcision, but in November 2014 the appeals court issued a PCA affirming the lower court’s decision, a legal dead end after they later refused to convert the PCA to a written opinion.

Even though the parental contract requires a special visitation to be scheduled – the father is supposed to have custody of his son for 2 days before and 12 days following the procedure – the father appears to be subverting the process by having scheduled the surgery without clearing it with the court and the boy’s mother.

A Messy House Does Not Equal “More Involved Parent”